It's butterflies all the way down 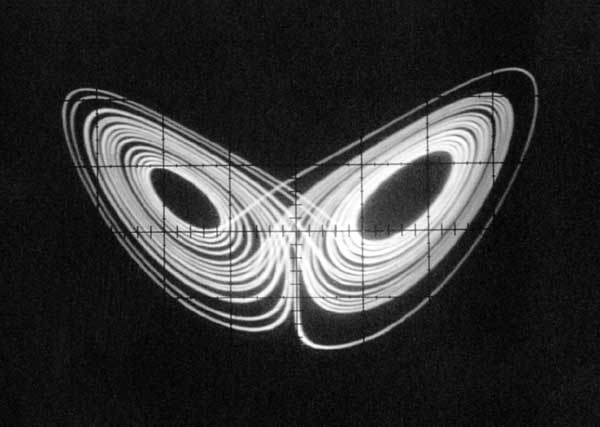 When Ed Lorenz, who was studying weather systems at MIT in the 1960s, plotted the changes of all the variables in his chaotic weather simulator as points in an imaginary "state space", he discovered an image appear over time — what he called a "strange attractor," and which looked strikingly like a butterfly.

He also inadvertently discovered fractals. An attractor is called strange if it has a fractal pattern. In other words, the butterfly attractor when magnified infinitely, still produces orderly patterns all the way down.

Conclusion: It's butterflies all the way down.